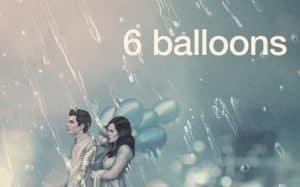 It is incredibly difficult to love someone who is dependent on certain things or substances. Not only do their dependencies constantly define the dynamics of the relationship, but they are like a drowning man, able to pull the savior to the bottom in a desperate attempt to save himself and take another breath. Katie (Abbi Jacobson) is preparing to organize a surprise party for her boyfriend and goes to buy some balloons with her parents.

But her brother, Seth (Dave Franco) and her four-year-old daughter are missing out of the landscape. Katie tries to send messages to him and see what he’s doing does not come up, and when Seth’s answer does not arrive she gets stunned that their worst fear has come true. When he goes to his house to take him to the party, she notices that he has not read his messages, and he immediately confirms the fear that Seth, heroin-dependent in recovery, has just relapsed.

He accepts to go to a detoxification center, and Katie goes with him to the clinic to rehabilitate … again. Katie would have time to buy the cake she told her friends and family going to pick up and bring Little Ella to the party. But his plans do not fit well, and the clinic does not want to accept his health insurance, and one day in the clinic would cost $ 5,000 for ten days. Then Seth’s body / addiction begins to revolt against himself.