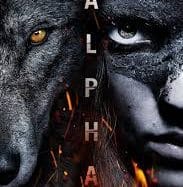 1596/5000
In Paleolithic Europe, 20,000 years ago, a small tribe of hunter-gatherers are preparing for a hunting expedition to make serious supplies before the winter arrives. Tau, the prince of the tribe, instructs his teenage son, Keda, to learn the secrets of the hunt, accepting him and another boy to join their first hunting party. His wife, Rho, is worried that their son is not yet ready for such a challenge, but Tau is convinced he is on his way.
Tau is testing Keda by killing him with a wild boar they caught, but the kid is clutching. One night, their fire attracts the attention of a big feline that kills them and kills Keda’s friend. The hunters eventually arrive at a steppe bison and try to catch at least one of them. But their strategy is doubtful and in the chaos that occurs, Keda falls off a cliff, breaking his leg and remaining unconscious.
Tau tries to reach him but is stopped by another member of the tribe who tells him that the boy has no way of surviving the fall and that it is almost impossible to reach him anyway. The tribe leaves, and Keda is abandoned in the wilderness. He wakes up, however, and tries to get out of the abyss, observing the commemorative stone and realizing that his tribe finds him dead. He is then attacked by a pack of wolves, but manages to survive and hurt a wolf who is abandoned in turn by his own pack. Between man and animal is then a friendship and trying to get to a safe place before the coming of winter.