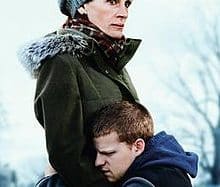 Returning home with his children on Christmas Eve, Holly Burns is shocked to find his other boy, Ben, on the driveway. He has been in a rehabilitation center in the last few months and should not have been discharged yet. Ben tells his sponsor that a day at home is going to catch them very well. Although she is a little circumspect, Holly welcomes him warmly, but tells him that he lets him stay for 24 hours, provided he does not get away from her.
Holly takes Ben to some holiday shopping and takes his clothes to go to the church. When he’s at the mall, Holly meets Ben’s former doctor, now an old man who suffers from dementia. Ben is also seen by someone who seems to recognize him very well, which worries him. He tells Holly that he has to go to a meeting immediately.
There, Ben shares his story about how he was about to die for drug overdose, but his mother and dog saved him. After that, Ben is approached by a girl she does not recognize, but she tells him she’s been a drug dealer a long time ago and asks if she wants to get used to her for the last time. Back to shopping, Holly discovers drugs to Ben, but he swears they do not belong to him, and the girl at the meeting would have passed them without knowing.