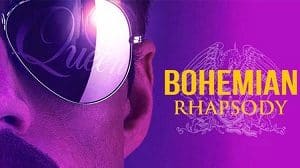 In 1970, Farrokh Bulsara, a British Indian student at Indian Heathrow, looks at how a local music band he’s been watching for a long time, called Smile, holds a show at a nightclub. After the show, he meets Smile guitarist Brian May and drummer Roger Taylor, offering to replace his soloist, Tim Staffell, who just gave up that night at the band.
With the addition of a bassist named John Deacon, the Smile band rebrands and becomes Queen from that moment, beginning to support small-scale performances in UK venues until they have sold their van and produced their debut album. Their musical style and success brings to Queen a contract with EMI Records. At the same time, Farrokh is legally changing his name, and Freddie Mercury becomes Freddie Mercury, dating a short time with a girl named Mary Austin.
The album proves to be a huge success and quickly reaches the charts in America, and during the tour that I’m making through America, Freddie begins to question certain beliefs about himself. In 1975, Queen recorded their fourth album, “A Night at the Ooper”, but broke the contract with EMI after executive director Ray Foster refused to release the six-minute single song, “Bohemian Rhapsody”. Freddie convinces DJ Kenny Everett to broadcast the song on the radio and despite mixed reviews, Bohemian Rhapsody becomes a big hit.