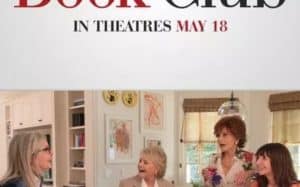 Four women participated in a 30-year-old book club, being fond of a passion for literature. Vivian (Jane Fonda), who owns and builds hotels, meets Arthur (Don Johnson), a man whose marriage request declined 40 years ago. They start flirting, but Vivian has always refused to sit at her home because she enjoys independence. Diane (Diane Keaton) has recently stayed a widow, and her daughters would want her to move closer to her in Arizona because she thinks she’s in danger because she lives alone.
Sharon (Candice Bergen) is the judge who remained celibate after her divorce last 15 years with her husband and a boy. Carol (Mary Steenburgen) enjoys a happy marriage with Bruce (Craig T. Nelson), who has recently retired, but who lacks intimacy. One day, the four women get to read Fifty Shades of Gray and they are very attracted to the contents of the book.
Seeing it as a wake-up call, they decide to expand their horizons of life and hunt pleasures they have avoided so far. While on her way to Arizona to her girls, Diane meets Mitchell (Andy Garcia), and a common passion develops between them, despite the fact that Diane is a little hesitant because she recently lost her husband. Vivian spends more time with Arthur, but because of her commitment to her, she’s trying to keep him some distance.