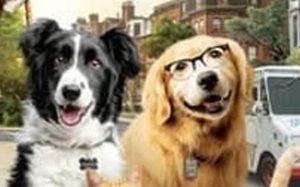 Since the Great Truce 10 years ago, cats and dogs have worked together to save the world without humans noticing. Now, two of their best agents, the dog Roger and the feline Gwen, face a terrible threat to their respective species: an evil cockatoo who has found a way to manipulate the frequencies that only these animals hear to put some of them back in against the others. Only they and an inexperienced team will be able to avoid the “catastrophe”.
True to its appointment of releasing a new installment every decade, the saga Like Dogs and Cats is now becoming a trilogy with Like Dogs and Cats: The United Patrol, a film that places the action ten years after The Revenge of Kitty Galore with a new group of characters, both felines and canines. On this occasion, the threat to peace between these historically estranged species comes from a consortium of alternative pets (from reptiles to insects) commanded by a cockatoo in search of more affection from humans. Sean McNamara (Winning!) Directs this fun comedy for the whole family that, true to the idiosyncrasy of the saga, combines appropriate messages for the little ones (such as, in this case, teamwork and excessive dependence on technology) with a delusional sense of humor based on stereotypes about these animals. Melissa Rauch (Big Bang Theory), Max Greenfield (New Girl) and George Lopez (The Smurfs 2) lead the voice cast.