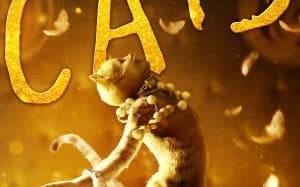 On the most special night of the year, the Jelic cat tribe gathers to see who will be the chosen one who will be reborn in a new existence. Each of the candidates, including the rocker Rum Tum Tugger, the refined Bustopher Jones or the repudiated Grizabella, will sing their own personal story to convince the old Deuteronomy, which is responsible for making this momentous decision. Victoria, a young white minina, will witness these events on her particular journey to maturity. From the poems of T.S. Eliot, Andrew Lloyd Webber created a musical that, after 21 years in London’s West End and 18 on Broadway, became one of the most successful and award-winning theatrical productions of all time. Oscar winner Tom Hooper, with experience in the genre after Les Miserables, dares with this story starring anthropomorphic cats during the night of the year in which it is decided who will pass to a new plane of existence. Hooper repeats the style of that feature film based on Victor Hugo’s novel and offers spectacular numbers with voices recorded in rigorous direct. The result is a fun and spectacular film, with an unusual visual section, where the performers wear a makeup generated with the latest digital technologies. Oscar-winning Judi Dench (The Red Spy), Academy Award nominee Ian McKellen (The Big Lie), Idris Elba (Fast and Furious: Hobbs and Shaw) or Rebel Wilson (Compulsive Scammers) interpret Cats’ mythical songs between impressive choreographies, ranging from classical ballet to contemporary dance. They are accompanied by well-known singers such as Taylor Swift (who has composed a new theme for the film with Webber himself) or Jason Derulo. Francesca Hayward, first dancer of the Royal Ballet, debuts on the big screen as the protagonist.