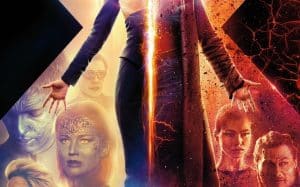 During a mission in space, a cosmic force of great power reaches Jean Gray until almost ending it. Upon returning home, this mutant is forced to master skills that have made her practically a goddess, but will end up in a spiral of destruction that will affect those she loves most. Puzzled, his fellow X-Men will face their worst enemy to date, one of their own, while trying to prevent an alien race from using it as a weapon. Pioneers of the superhero genre boom, the X-Men close a stage of almost 20 years and 10 films behind them. X-Men: Dark Phoenix, last installment before the saga passes into the hands of the Marvel / Disney binomial, puts the finishing touch with a reformulation of the events already told in its third part (The final decision), more raw and faithful to the original material, which speaks of identity and destiny. The question of whether the hero (or the villain) is born or made is the true engine of a plot where mutants will have to check their alliances to stop an unstoppable force and the alien race that wants to turn it into a weapon to conquer worlds. Oscar nominee Simon Kinberg, producer and screenwriter closely linked to the franchise, debuts as director in this film, between the science fiction thriller and the character drama, which adapts the revered story arc devised by Chris Claremont and John Byrne in the 80s. Sophie Turner (Game of Thrones) plays the uncontrolled heroine and leads a cast that completes Oscar nominee Jessica Chastain (Mollys Game), as the threat in the shade, and the usual cast of the saga, with the Oscar-winning Jennifer Lawrence (Red Sparrow), Oscar nominee Michael Fassbender (Alien: Covenant) and James McAvoy (Glass) in front.