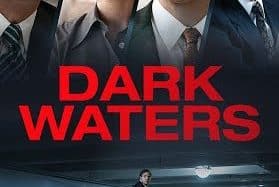 Rob Bilott has just become a partner in his prestigious law firm thanks to his work defending large companies in the chemical sector. However, when two farmers turn to him to investigate a local plant that could have poisoned their livestock, and he discovers that the almighty DuPont has made toxic spills for public health, he will go to the other side and start a legal battle of more age 14 who will put his family, his health and his reputation at risk.
In the vein of social film classics and whistleblowers like All the President’s Men or The Dilemma, Oscar nominee Todd Haynes (Wonderstruck: The Museum of Wonders) leads this David vs. Goliath battle between an expert lawyer in chemical companies that discovers the poisoning, systematic and for decades, of a small town in West Virginia, and the large multinational responsible for this environmental disaster. Dark Waters tells this true story, which came to light as a result of Nathaniel Rich’s report for the New York Times, in a judicial thriller that, in addition to the corporate abuses of the giants of the sector, and its repercussions at economic and ecological levels, cultural, political and even religious, tells the story of a man who faced years of legal struggle, isolation, personal sacrifice and even health problems to bring the truth to light. Oscar nominee Mark Ruffalo (Avengers: Endgame) stars, and is involved as a producer, in this film where air pollution and aquifers ends up also intoxicating morals, ideologies and human relationships. Rounding out the cast are Bill Camp (Joker) and Oscar winners Anne Hathaway (Compulsive Scammers) and Tim Robbins (A Perfect Day), among others.