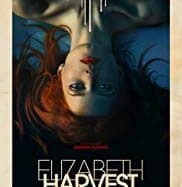 The film starts with Elizabeth, newly married, brought home by her husband Henry on their wedding day. The house is, in fact, a real palace with two people dealing with the house’s affairs; a blind man named Oliver and an enigmatic woman named Claire – they look at Elizabeth as a curiosity. Her life is initially a dream, and Henry tells her that she can do whatever she wants but never to enter a room in the basement.
In the beginning, she cares for her expensive clothes, the jewels she has, and all the beauty of the house, but with the passage of time her curiosity urges her to search for the room that has forbidden her to visit her. Taking advantage of the fact that Henry is out for business, she goes to the room and finds a lot of clones in her shock and horror.
When Henry returns home and realizes the deed of Elizabeth, he immediately kills her. One of the clones is awakened and goes through the same experience as Elizabeth, but only succeeds in defending Henry when he wants to kill her, resulting in his death. Her act is quickly uncovered by Oliver and Claire, the latter suffering a heart attack and being taken to an emergency hospital. Staying alone with Elizabeth, Oliver blackmails her telling him she would be immediately arrested for killing Henry if he runs and that he can only protect her if she stays.