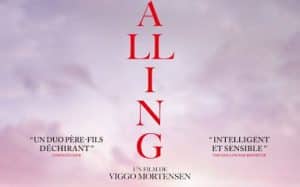 Years ago John left behind the farm where he grew up and now lives happily in California with his boyfriend and daughter. The past claims her when Willis, her conservative father, begins to suffer the ravages of senile dementia. So Willis decides to move in with John and his family while finding a home to retire. However, Willis’s difficult character, compounded by her memory loss, complicates everything, forcing John to open old wounds to finally reconcile.

Three-time Oscar nominee Viggo Mortensen (Green Book) takes on his first adventure as a director and screenwriter with this intense drama that explores the contrasts between the more conservative, rural America and the progressive West Coast. This fracture is represented in the tense confrontation between a father, a staunch defender of the traditional family model and a victim of senile dementia, and his son, who has built a happy life with his homosexual partner and his adopted daughter. Although it is not an autobiographical story, Falling serves Mortensen, who also reserves the co-starring role with Lance Henriksen (Mom and Dad), to dump the pain suffered by the loss of his mother, as well as other memories, feelings and experiences around to their parents. Through flashbacks, the film gradually uncovers the events that have shaped this complicated parent-child relationship, full of anger and resentment. Oscar nominee Laura Linney (Dinner) and Sverrir Gudnason (Borg McEnroe) round out the main cast of this film about imperfection of memory, acceptance and forgiveness that shows diverse points of view on masculinity.