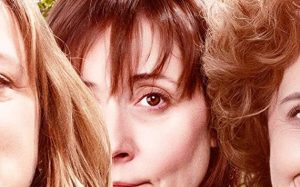 Although they have completely opposite characters, Elsa, Julia and Amelia share an old friendship, in addition to meeting at a time in their lives where they feel almost invisible. For this reason, the walks that bring them together every morning before going to work with the excuse of exercising have become an outlet for expressing their concerns. However, the trust that exists between them will make them, at times, too direct and cause the occasional heated discussion.
The Goya winner Gracia Querejeta (Crime Wave) crystallizes in Invisibles an idea that had been around her for 20 years, when she discovered that in Oxford it was common for people to meet to walk together with the excuse of having company, exercising or, simply, share the daily experiences. With this starting point, Querejeta composes his most intimate and personal film, where he expresses his own feelings and concerns through a varied range of female characters who, while walking in the park, raise issues such as equal opportunities or harassment in the workplace, as well as the role of women in the contemporary world or relationships. In addition to the social sphere, themes such as depression, the fear of loneliness or the relentless passage of time also occupy a good part of the existential problems of its protagonists, played by the Goya winners Emma Suárez (70 binladens), Adriana Ozores (Thi Mai: On the way to Vietnam) and Nathalie Poza (While the war lasts), as well as Blanca Portillo (Kidnapping).