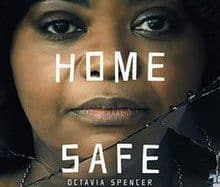 Sue Ann is a lonely woman from a small town in Ohio who, one day, finds the opportunity to have company, even if she is not of her same age. When Maggie, a teenage newcomer, asks her to buy alcohol for her and her younger friends, Sue offers to drink quietly in her basement if they follow simple rules and call her Ma. When hospitality becomes obsession, these young people will discover that leaving Ma’s house unharmed is much more complicated than entering. Friends who have been inseparable for more than twenty years, the director Tate Taylor (The girl in the train) and the Oscar-winning actress Octavia Spencer (The form of water) come back to join forces after Maids and ladies or I Feel Good in this disturbing thriller. In order to broaden their horizons and get out of the box that Hollywood had submitted them to, Taylor and Spencer (also producers) formulate a spooky story where a group of teenagers who believe they have found the perfect place for their revelry will end up living the worst experience of their lifes. The culprit of this nightmare will be a woman who, beyond the ruthless villain archetype, becomes a character with traumas of the past still to be solved and a twisted sense of humor. The maternal relationships and adolescent initiation rites typical of high school movies are found in The Basement of Ma with a psychological terror heir to the Misery of Stephen King. Along with Spencer, the cast includes young talents such as Diana Silvers (Glass (Crystal)) and debutant Corey Fogelmanis, as well as well-known actors such as Oscar-nominee Juliette Lewis (Nerve) and Luke Evans (Beauty and the Beast ), among others.