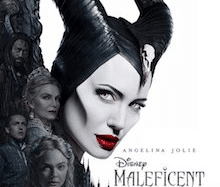 Years after their first meeting, the relationship between Maleficent and Princess Aurora, born of resentment, revenge and, finally, love, has become a strong bond between godmother and goddaughter. After a disastrous dinner in the palace, the dark fairy and the one that will soon become queen will separate, seek new alliances and face dangerous enemies to protect their lands and the magical creatures that live in them. This adventure will help them to know each other better. Five years after Maleficent, the film that turned the mythical characters of Sleeping Beauty into flesh and blood, this sequel arrives that continues to deepen the complicated love-hate relationship between the dark fairy and Princess Aurora. Maleficent: Master of evil elapses years after her predecessor, and shows how the link between the two has evolved over time. However, a series of circumstances and secrets that come to light will force them to separate their paths and start, each on their own, a journey of self-discovery that will face the responsibilities of adulthood or the feeling of belonging to two worlds become irreconcilable enemies. In addition to taking the visual show of the first installment to a new level, director Joachim Ronning (Pirates of the Caribbean: Salazar’s Revenge) also tries to enhance the emotional aspect of a film that talks about what a family is and what holds together its members Oscar-winning Angelina Jolie (Waterfront) and Elle Fanning (Rainy Day in New York) lead, again, a cast completed by Juno Temple (Wonder Wheel) and Oscar nominees Michelle Pfeiffer (Ant-Man and the Wasp) and Chiwetel Ejiofor (Doctor Strange (Doctor Strange)), among others.