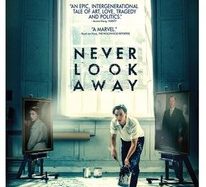 Being only a child during the Nazi period, the protagonist Kurt Barnert visits an art exhibition in Dresden with his beautiful and eccentric aunt, Elisabeth. Kurt is attracted by a sculpture by Eugen Hoffmann called “The Girl with the Blue Hair”. Later, Elisabeth plays the empty piano and tells Kurt not to turn his eyes because everything that is true contains beauty. He keeps this advice very close to his soul for the rest of his life, even when his aunt is “euthanized” by the Nazis because she is suspected of schizophrenia.
The doctor who decides this is gynecologist Carl Seeband, director of the women’s clinic in Dresden and a prominent member of the SS. After the war, Seeband is arrested by the Russians and sent to a camp. While there, he volunteers to assist the wife of a Russian officer to bring a baby into the world in a complicated task and manages to save the baby’s life. As a thank you, the Russian protects Seeband and then releases him, destroying any sign of his crimes against humanity.
Meanwhile, Kurt Barnert begins to study painting at an art school in Dresden and there he falls in love with a young student named Elisabeth, in a measure that reminds him of his aunt. In order to keep her reputation intact after sleeping with her, he runs to the girl’s bedroom window, but is caught by her mother who, however, does not tell Elisabeth’s father about what happened. What escapes Kurt’s view is that Elisabeth’s father is even the Nazi doctor responsible for his aunt’s death.