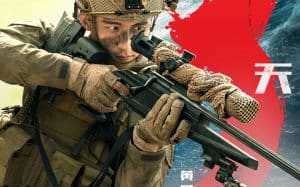 While on duty and touring the Red Sea, the Chinese Navy’s patrol fleet receives an emergency call that Somali pirates are trying to hijack a Chinese ship and take prisoners of Chinese passengers and sailors. They then send an elite unit of eight to try to keep the pirates down until more armed ships arrive at the scene and remove or capture them.
Helping a helicopter and a sniper, they manage to make significant progress in neutralizing the situation while waiting for reinforcements in the Chinese fleet patrolling the Red Sea. During operations, their main sniper is shot and has to be replaced. The elite unit is then praised for bravery when the main fleet arrives. Later, when the situation of civil war in a fictional nation becomes unstable, it is being ordered that Chinese officials and citizens in the area be evacuated as a matter of urgency.
As the terror and the terrorist threat corroborated with the resistance of the rebels make the situation very difficult, the special elite unit is again sent to deal with the problem. Meanwhile, a French-Chinese journalist working in the area finds out that the local terrorist organization, Zaka, is preparing to thwart cooperation with the Chinese using all its military strength. The intervention team manages to save Chinese civilians trapped in the war zone, but some officials are still in the possession of the terrorists, and the unit has to do whatever it takes to recover them.