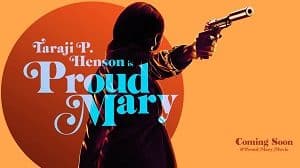 A paid assassin who excels in her job reaches without intending at first to take care of a 13-year-old. She becomes its protector and all the while she tries to free herself from a life filled with regret. Mary meets the boy, Danny, in a blissful, even dramatic circumstance for the boy: she kills his father and leaves him orphan.

Danny, in turn, is a small offender who works for a local mobster doing little illegal work on his behalf. Danny’s condition awakens in Mary a maternal instinct she has repressed all her life from adolescence when she was a lost girl in her life and who has been rescued by Benny, a gangster who has instructed her to become the lethal assassin that has become now and made Mary an important part of his own family. This is a nest of which no one is allowed to leave.

Benny is a very friendly monster, and it becomes obvious why Mary would like to get out of her clutches – and moreover, why he still avoids a love affair with his soulless son, Tom. They are, however, his clan but only want to breathe fresh air again. As a result, now taking the responsibility to keep Danny away from the dangerous world on the streets, Mary is doing everything she can to get away from her past criminal and try to get her from the beginning.