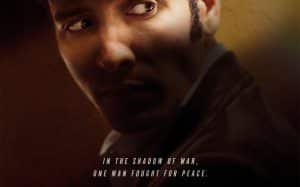 Ashraf is the son-in-law of the Egyptian president and his successor’s adviser, who became a spy for Israel’s secret service, Mossad. At first, he tries to persuade his father-in-law to seek help from the Americans instead of the Soviet Union, because he is convinced that the latter will fall apart. The advice is ridiculed and he is ridiculed in the presence of government officials. Moreover, the president tells his daughter that he is not at all satisfied with the husband whom he chose – that is, Ashraf.
When the president dies and is succeeded by Sedat, Ashraf takes his way to his graces by providing him with some evidence of the corruption of top government officials and then becoming his trusted advisor. Not long after, he calls those in the Israeli government and offers his services. Even if initially rejected, he is subsequently contacted by the Mossad and co-opted in their organization, receiving the code name “Angel”.
He is assigned a commander named Danny and then begins to provide information on Egyptian military activities when Sadat is assigned to deal with them, including Libya’s move to Gaddafi for oil reserves. Ashraf’s repeated warnings about Egypt’s imminent invasion of Israel prove to be wrong, he is threatened by Mossad and is likened to the “boy who cried the wolf” of the famous story.