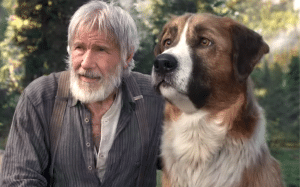 The Call of the Wild

1890. Buck is a big-hearted dog that has become accustomed to the good life. One day he is ripped from his home in California and sent to Yukon, in the extreme north of Canada, during the gold rush. There he will spend in record time of being the most rookie of those who pull the sled that delivers the mail, the leader of the pack. When he meets the human John Thornton, he will join him in an extraordinary adventure through unexplored territory where he will learn to mature and find his place in the world. The legendary Jack London novel, written in 1903 and brought to the big and small screen in countless occasions, is updated for new generations in this film directed by the three Oscars nominee Chris Sanders (How to train your dragon), in his first foray into real action cinema. On this occasion, the protagonist of this fantastic adventure through fierce and unexplored territory in the years of the gold rush is a digital dog, generated with the latest photorealistic animation techniques, which will mature based on terrible experiences and find its place in the world next to a lonely explorer. The universal themes that turned this book into one of the great classics of American literature, such as loss, uprooting or the search for a better version of oneself, remain immutable in the call of the jungle, a film that, unlike previous adaptations, is narrated through the eyes of this formidable animal.