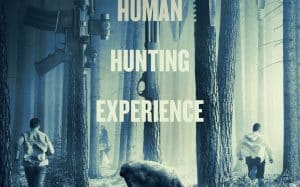 Twelve strangers wake up in a forest clearing with no idea how they got there. Nor do they know that they have been chosen by some of the richest people on the planet to participate in a manhunt where they are the prey. What these economic elites with a thirst for blood and fun did not have is that one of the victims, Crystal, will be able to turn the rules and will kill them one by one until they reach Athena, the mysterious woman who moves the threads.
Like other successful Blumhouse productions such as Let me out or the saga of The Night of the Beasts, The Hunt proposes a thriller loaded with terror, suspense, tension and a good dose of social criticism. The extreme political polarization of the United States (and much of the planet), where the country is practically divided into two opposing sides, and the rise of conspiracy theories on the Internet serve as the starting point for this fast-paced film, directed by Craig Zobel ( Z for Zachariah), which takes the confrontation between the left and the right into more physical territory. The Oscar-winning Hilary Swank (The Luck of the Logans) leads a group of millionaires who kill time hunting human beings, while Betty Gilpin (The curse (The Grudge)) does the same with the prey, which will end up changing the rules of the game to give his pursuers a taste of their own medicine. Ethan Suplee (Oil Spill) and Emma Roberts (Paradise Hills) complete this film full of action, violence and black humor that generated many comments after its American premiere.