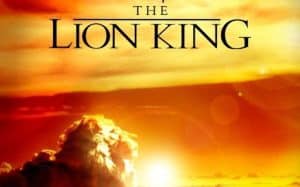 Little Simba is forced to leave his home after being blamed by his uncle Scar for the death of his father, Mufasa, the king of the savannah. In his trip he forms a bizarre team with a boar and a meerkat that help him to leave behind his fears to become a brave and responsible lion, worthy to occupy the throne that belongs to him by natural law. After a fortuitous encounter with his past, Simba decides to return and overthrow the tyrant Scar, who has taken all the power in the savanna. The story that marked a before and after in the animated film returns 25 years later to the big screen. Now, the lion king is roaring again, and this time he is doing it through pioneering cinematographic techniques that revolutionize the film industry again due to its high technical quality in a film that visually resembles a high-budget documentary. A trip to the African savanna led by Jon Favreau, one of the great directors, actors, screenwriters and producers of Hollywood today, whose face sounds to us of great productions like Avengers and that already was in charge of the return to the cinema of The jungle book in 2016. This new remake of Disney, which has found a gold mine in the reinvention of the great classics, brings us back to the tragic story in which after the murder of King Mufasa, his son Simba will have to Accept his fate and fight to take his rightful place in the animal kingdom by following his father’s footsteps and facing his evil Uncle Scar. All this with the help of his new and inseparable friends, Timón and Pumba, who like in the original film, bring the humorous touch to this tragedy with shakespearian overtones. A remake of a surprising technical quality, with an impeccable CGI, which awakens the nostalgia of adults and the enthusiasm of the little ones.