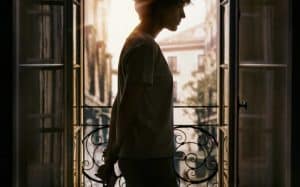 Stephanie Patrick’s family has died in a plane crash. In the midst of a spiral of self-destruction and ruin, both physical and emotional, Stephanie discovers that the disaster was caused. Depression will turn into uncontrollable rage that will lead her into a dark and dangerous world to discover the truth and come face to face with the guilty. On this revenge trip, a former MI6 agent will help you, teaching you everything about combat tactics and fear control.
After suffering a traumatic event, writer Mark Burnell sought help to control panic. What he learned during therapy helped shape Under Control, a best seller that told how a woman devastated by the death of her family transformed into an international murderer driven by the desire for revenge. Produced by those responsible for the Bond saga, The Rhythm of Vengeance brings this story to the big screen in an intense thriller, with large doses of drama and action, starring a powerful female character. The director Reed Morano, winner of an Emmy for her work in The Tale of the Maid, directs this exciting film charged with emotion and visceral violence that shows, from a new perspective, the different way in which women face situations of tension extreme. Blake Lively (A Little Favor) plays this international vigilante who will be learning the secrets (and dangers) of the trade on the fly. Sterling K. Brown (A Moment In Time – Waves) and Oscar nominee Jude Law (Rainy Day in New York), among others, will help you with this task.