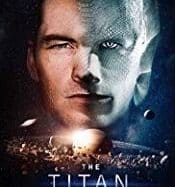 We are in 2048, and the Earth seems to be no longer inhabited by people for a long time now. Causes are somewhat common, a mixture of nuclear war, overpopulation, drought, etc. Fortunately, mankind seems to have found a way to protect the future of the species – or at least of a species. A group of astronomers have discovered that Titan, the largest of Saturn’s moons, may be capable of sustaining life, being the only planet in our space that we know has a dense atmosphere.

But the way the planet is colonized is not to turn Titan into a planet where people feel “at home”, but instead they come up with the idea of ​​modifying genetic people so that adaptation to that planet is an easier one. Professor Martin Collingwood calls this procedure a “forced evolution”. He recruited several hundred people and invited them with their families to come to a secret base on the Canary Islands.

Government scientists would inject them with a blue enzyme that will alter their DNA and then they will be sent to a space mission that should last for two years. It’s not really the best possible plan, it’s the only one they have. After being injected, they begin to be subjected to increasingly difficult tests, and as the tests grow in intensity, the side effects are more obvious and dangerous.