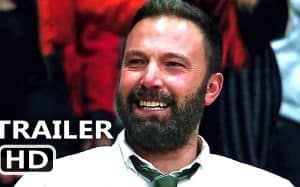 When he was in high school, Jack was a basketball prodigy, to the point of getting a full college scholarship for his athletic talent, but for some reason he gave up his promising future. Now trapped in a spiral of addiction by personal tragedy, he has hit rock bottom. After being offered the position of coach of his alma mater team, in decline after years of glory, Jack meets a group of boys who will give him a reason to face his demons.
After forays into the world of ice hockey (The Miracle) and martial arts (Warrior), Gavin O’Connor is now entering pre-college basketball. However, beyond the typical overcoming film of a group of teenagers who learn the value of working as a team, The Way Back turns into an intense drama about addictions where its new coach, a man destroyed by alcohol, will end up finding the road to redemption in this return to his long-ago years of sporting glory. In his second collaboration with O’Connor after The Accountant, the Oscar-winning Ben Affleck plays this role that bears more than one parallel with these last (and turbulent) years in which he has starred in more covers for his divorce and visits to rehabilitation clinics than for his cinematographic achievements. Janina Gavankar (True Blood), Brandon Wilson (Pelé, the birth of a legend) and Fernando Luis Vega (NCIS: Los Angeles) complete the cast of this film about loss, self-destruction and overcoming, both on the court and in life.