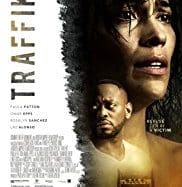 The film starts with a young woman dancing in a nightclub and approached by a man with whom she is convinced to leave. She is then kidnapped and thrown into a van. Later, Brea (Paula Patton), a journalist from the Sacramento Post, is upset to find out that a guild colleague covers a major topic she has worked hard to publish. She faces his boss, Carl (William Fichtner), who tells her that her story is a thin one.

Brea leaves with her boyfriend John (Omar Epps) and their friends Darren (Laz Alonso) and Malia (Roselyn Sanchez) to take her dinner for her birthday. Darren spoils the surprise that John had prepared for her, a romantic escapade in the mountains of California. John surprises Brea with a car that he built in his studio, and then they start together to the holiday destination.

On their way to their destination they stop at a gas station where Brea goes to the bathroom and meets a woman who seems to be scared, Cara (Dawn Olivieri). Outside, a motorcyclist makes some nasty remarks about the car and addresses racist questions. Between them there is an altercation which, however, is interrupted in time by the appearance of Mars Sheriff (Missi Pyle), and John and Brea are still on their way. But motorcyclists do not let themselves be beaten and continue to follow the road, causing an accident, and then they hunt them to take revenge.