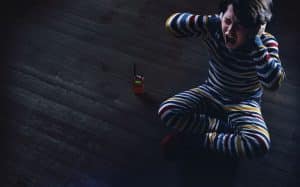 Daniel is a father of a family who is dedicated to buying houses to reform them and then selling them. Together with his wife Sara and his son Eric, they move to a property without knowing that it is known as “the house of voices” and that strange sounds and even spirits trying to communicate are heard there. Eric will be the first to hear them, but it won’t be long before it will be a haunting reality for his parents as well. To find the meaning of these phenomena, they will turn to two experts in parapsychology.
Voces is the debut feature of Ángel Gómez Hernandez, a young talent of national terror who has just been awarded at festivals around the world for a short, Behind, that Sam Raimi himself plans to turn into a feature film. For his debut on the big screen, Gómez does not abandon the genre of screams and scares and presents a story of classic airs (family moves to a haunted house without knowing what awaits them) that, however, addresses a subject so little exploited in the cinema like that of psychophonies. In this way, electronic instruments such as tape recorders or walkie talkies take on special importance in a film with a careful visual invoice and an oppressive atmosphere that makes the viewer a participant in the fear and drama experienced by the protagonists. Rodolfo Sancho (The Ministry of Time), Belén Fabra (The Corpse of Anna Fritz) and the debutant Lucas Blas give life to the new tenants of this damned place. They will be helped by two parapsychologists, with their own motivations, played by Ramón Barea (The silence of the white city) and Ana Fernández (Only chemistry).