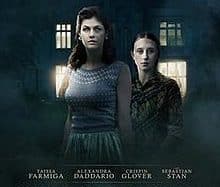 We Have Always Lived in the Castle

Eighteen-year-old Mary Katherine “Merricat” Blackwood lives in isolation with a part of her older sister Constance and ailing uncle, Julian. Constance has not left home for the past six years, when she was accused of poisoning her own parents, a charge that has proven untrue in the meantime. Every Tuesday, Merricat has to go to town to shop and every time she is verbally harassed by locals who are convinced that her sister was guilty and escaped the fairy tale unfairly.
Constance only sees one family friend, Helen Clarke, who comes to visit every week. Helen tries to convince Constance to go out again. This bothers her and worries Merricat at the same time, who responds by creating powerful “mages” to prevent her sister from leaving. The following Thursday, Constance sends Merricat to the city for some work, but she doesn’t feel at all out of town on a different day.
When she returns, because she forgot to check her spells before leaving, she sees Constance talking to their cousin Charles who came to visit them. Over the next few days, Charles tries to entice Constance to go out into the world, while also aiming to secure the family’s wealth in a safe. Constance is enchanted by the attention he receives from Charles and begins to behave more and more toward him, which displeases Merricat.